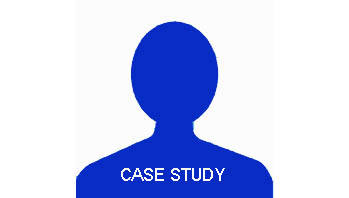 Sean who was at a young man aged 15 who was on the brink of being expelled from his school for consistent disruptive behavior including rudeness and aggression to teaching staff. He also had mild involvement in drug dealing and regularly smoked cannabis.

Over a period of 6 months the mentor from the BE A Warrior Foundation performed mentoring and boxing sessions with him. The sessions would involve picking him up from school and taking him to the local boxing gym. The boxing sessions gave the mentor key insights into how he handled things such as being stressed or not being able to perform the skills showed to him. This also enabled the mentor to talk to him about these insights in a way he could understand due to experiencing them himself. Sean realized how unfit he was due to smoking cannabis, so he decided to stop.

The mentor discussed with Sean about his attitude towards teachers and the aspirations he had for himself. He was given strategies to manage his anger more effectively and how to respond to teachers when they told him off along with tools to avoid situations escalating that would get him in trouble.

Sean put these strategies to use and managed to avoid being expelled, he ended up passing his GCSE’s and ended up going on to college.

Presenting this young person with their certificat

Wishing @dillianwhyte the best of luck for tomo ni

Adam Azim who is a professional boxer aged 19 from

It only takes a 500 calorie deficit per day to los

Practising the #MikeTyson #Shuffle at @kayanicamp